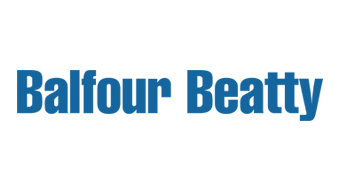 Balfour Beatty, advised by Newbridge Advisors LLP, has announced that it has been appointed as preferred bidder by Royal Holloway, University of London, for the development of a student village at Rusham Park in Egham, Surrey.

In partnership with Royal Holloway under a fifty-year concession contract, Balfour Beatty will design, build, finance and operate, alongside Student Living by Sodexo, a new 1,400 room student village at Rusham Park. In addition, the company will operate the existing 621-bed George Eliot student accommodation complex in London.

Balfour Beatty Investments will invest 85% of the equity to finance the project with Royal Holloway investing the remaining 15%. Bringing together expertise from across the Group, Balfour Beatty’s UK Construction Services business will be responsible for the construction of the new student village at Rusham Park.

As part of the c.£130 million design and build phase, Balfour Beatty will deploy modern construction methods such as the offsite manufacturing of the external walls, floors and bathroom pods, to improve health and safety and reduce the overall project duration.

To support Balfour Beatty and Royal Holloway in achieving their bold and ambitious net-zero carbon targets, energy efficient systems, such as air source heat pump technology, will be deployed throughout the build.

On completion, the project will form a critical part of the University’s plan to provide affordable but high-quality living, social and amenity spaces for its growing student population.

Ion Appuhamy, Managing Director of Balfour Beatty Investments, said: “We are delighted to be appointed as preferred bidder and to work in partnership with Royal Holloway. Our appointment to deliver the student village development at Rusham Park demonstrates our ongoing success in the student accommodation market.

“We are well-placed to support Royal Holloway with their ambitions, providing an integrated design, build, finance and operations offering which will ensure the seamless delivery of this essential and sustainable project.”

Michael Berry, Director of Estates for Royal Holloway, University of London, added: “We are very pleased to be able to announce Balfour Beatty as our preferred bidder for the development of the Rusham Park student village.

“Our goal is to continue to evolve our campus, developing the services and facilities we offer in order to enhance the student experience and create the optimum environment for student success.”

With financial close anticipated in early 2022, construction is due to commence shortly thereafter with completion scheduled ahead of the 2024/25 academic year.