Newbridge has been appointed as financial advisor by a consortium of Sodexo and 3i to advise them on their tender... View Article

Newbridge advises Sodexo, Equitix and Kier on tender for student accommodation for Goldsmiths, University of London

Newbridge advised a consortium of Sodexo, Equitix and Kier on their tender for the c. £40m student housing transfer project.

Balfour Beatty and Places for People (advised by Newbridge Advisors) announced they have signed a development agreement with the London... View Article

Kelda Water Services (“KWS”), the Yorkshire, England based holding company of the non-regulated businesses in the Kelda Group signed a... View Article 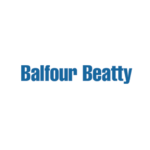 Balfour Beatty, advised by Newbridge Advisors as sole financial advisors, has been appointed preferred bidder for the University of Sussex’s... View Article